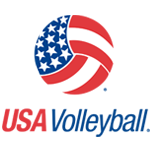 Sloane started her volleyball career at Pelham Memorial High School and continued to play for Nazareth College. While obtaining her bachelor’s degree in Speech Language Pathology, she coached for the club Volley FX in Rochester, New York. Shortly after graduation, she returned to Pelham where she and Mark Finegan began Lower Hudson Volleyball Association in 2007.  Sloane was also an assistant coach for Pelham Varsity Volleyball from 2007-2012, where she helped lead her team to the State Championship in 2011 and 2012. From 2013-2014, she coached at the Windward School where she started the first modified team. In 2015, she was JV Volleyball Coach at Tuckahoe High School and was the Varsity Coach from 2016-2019. As the club now begins its fourteenth year, she is excited to continue to provide opportunities for girls to accelerate their volleyball skills.

Mark Finegan has been coaching volleyball for 28 years. From 1990-2000, he coached the varsity volleyball team at New Rochelle HS and then began at Pelham HS where he is still the head coach. While coaching high school volleyball, he led his team to 11 League Champions, 2  Section 1 Champions, 2 Regional Champions and 2 State Final Fours in 2011 and 2012. Amazingly, he has been the Section 1 Coach of the Year 9 times. Since 1996, he has also been a physical education teacher at Pelham Memorial High School. Additionally, in 1998, he started coaching boys varsity basketball at Pelham.  In 2007, he and Sloane Dill began Lower Hudson Volleyball Association. Today, he continues to show the love of the sport by dedicating his time to the game year round. He looks forward to another successful season with LHVA!

Beth Pirrone has been involved in competitive sports her whole life.  When she met her husband, Anthony Pirrone, eight years ago, she developed a love for volleyball and the two of them went on to become partners of Westchester Volleyball NY.  Together, they partnered with the Village of Mamaroneck and have successfully grown an adult volleyball league, including adult beach and indoor volleyball and a variety of adult tournaments and clinics. Three summers ago, WVBNY partnered up with LHVA and ran the first juniors beach volleyball program. In 2017,  Beth started coaching the first boys varsity volleyball team at Eastchester HS.  She lead the team to a Section 1 championship in 2019 and was named Section 1 coach of the year, 2 years in a row.    In 2020 Beth decided to start coaching JV volleyball at Pelham high school.    She looks forward to being a 5th year coach at LHVA and passing along her knowledge and love of the sport to the young athletes she will mentor.

You could win VIP tickets to the 2023 Premier League Mornings Live Fan Fest in Orlando!HOW TO ENTER